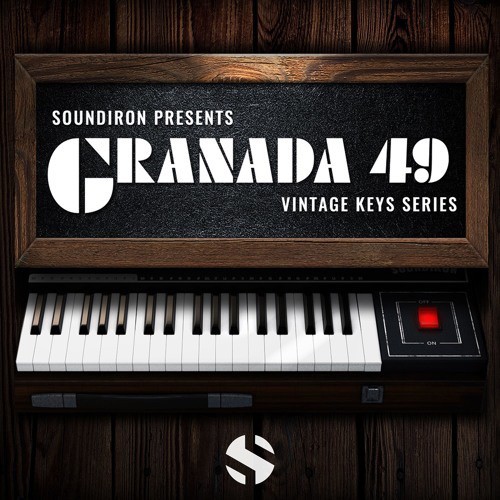 GRANADA 49 faithfully captures a rare 1970's-era portable analog synthesizer by the now defunct Italian synth-maker Fesma. The instrument's classic wood-accented body echoes the popular aesthetics of the 1970s and its fat, warm analog sound cuts through the mix. Soundiron has sampled its 9 stock waveform presets and included tons of custom FX patches and sound-designed ambient synth pads created from the source to make this compact library extraordinarily playable and versatile.

Whether you're looking to recreate an old 8-bit videogame sound, fat synth bass tones or razer-sharp lead lines, the Granada 49 library can do it! 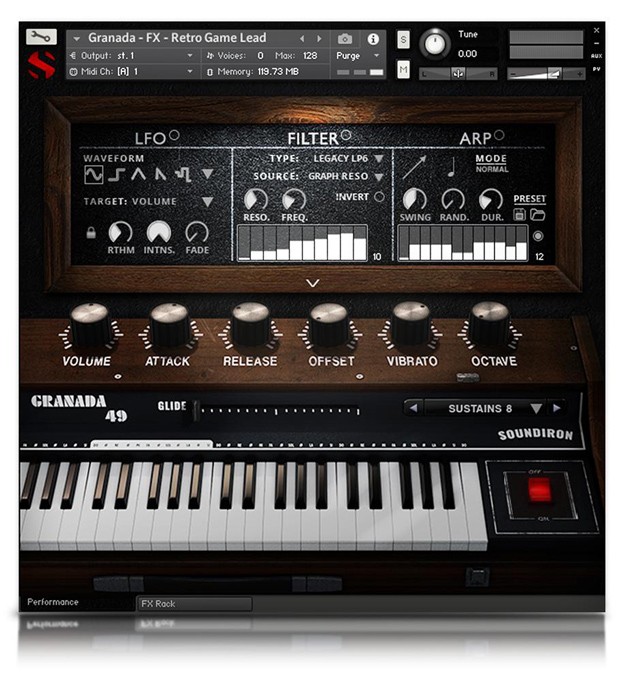 This Fesma Granada 49 was recorded through its direct line outputs. We recorded its nine stock waveform presets with sustains and staccato samples for each key. The included octave, vibrato and FX rack give you an easy-to-use interface to completely customize and shape its fat analog sound to fit a variety of creative styles.

This library is designed for the full retail version of Native Instruments Kontakt 5.5.2 or later.