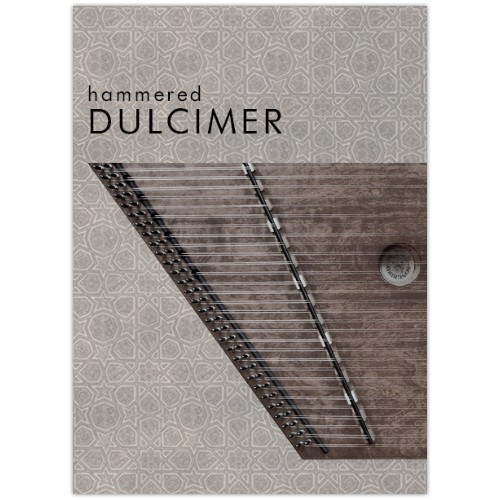 The dulcimer has two bridges, a bass bridge near the right and a treble bridge on the left side. The bass bridge holds up bass strings, which are played to the left of the bridge. The treble strings can be played on either side of the treble bridge; playing them on the left side gives a note a fifth higher than playing them on the right. The strings of a Hammered Dulcimer are found in pairs, two strings for each note. Each set of strings is tuned in unison and is called a course. As with a piano, using multiple strings per course makes the instrument louder. However, as the courses are rarely in perfect unison, usually it results in a chorus effect – such as with a mandolin.

We recorded the hammered dulcimer in two microphone positions. At the top of the instrument, we placed - in an ms stereo set-up - a pair of Neumann U87s, and at the bottom, we put a single condenser. These two positions cover a wide range of sound. We played the hammered dulcimer in minor thirds and concentrated mainly on three different articulations. Firstly we recorded the "normal" notes, which means we hit the strings with the typical small wooden mallets; we called this articulation "Mallet". 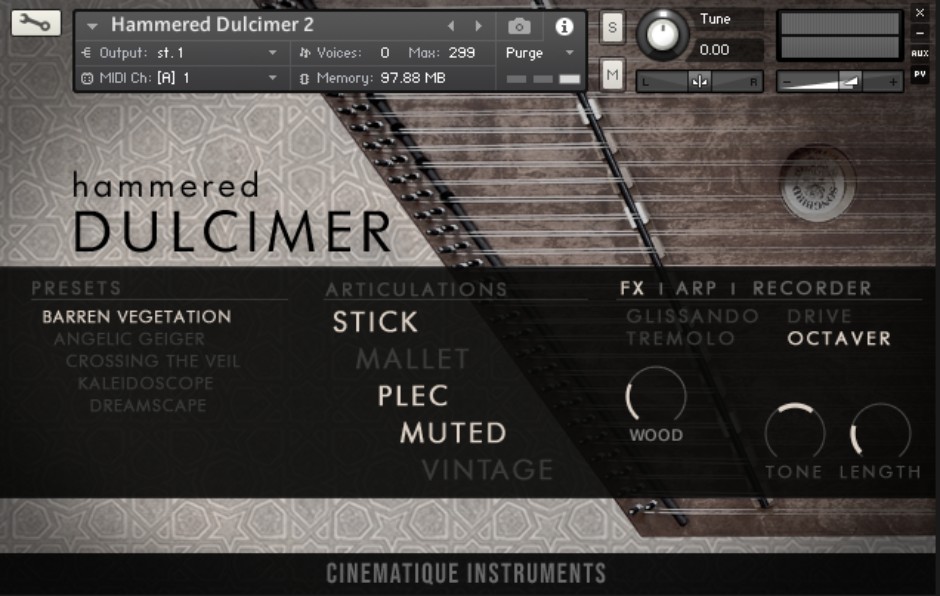 Besides this, we cared most about producing the typical Hammered Dulcimer tremolo. The mod-wheel controls this roll-like tremolo, and you can control the tremolo tempo from slow to fast by turning the wheel. We included a random factor that automatically affects the tempo and velocity to avoid sounding artificial. Furthermore, we added several functions and effects such as reverb control, distortion and an octaver. This expands the entire sound of the hammered dulcimer and gives you many options.

We came out with an instrument that enriches your music with a nice and organic feel, whether you used it as a solo or just as a background instrument.