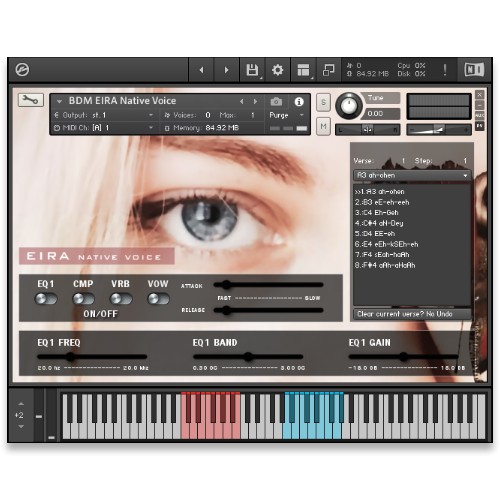 Featuring a female vocalist of Norwegian descent, EIRA is certain to unleash your creative genius. Though the vocal phrases in use do not include actual words of meaning, the soloist sings with an indigenous tongue and the user is creating the illusion of language.