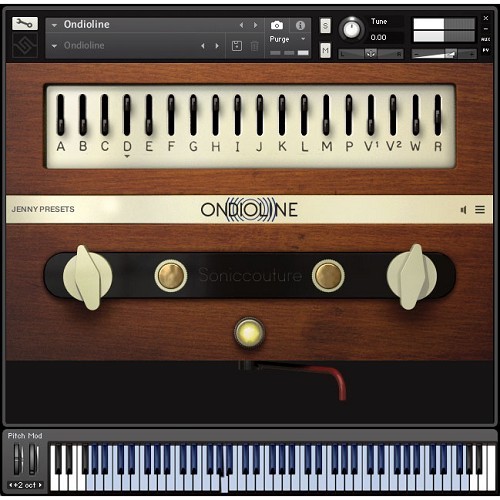 From the early Days of Synths

The Ondioline was made in France in the 1950s and 60s, and was conceived as a low cost Ondes Martenot; sharing the same lateral vibrato keyboard, with a knee-lever to shape volume. It was entirely valve-based with its own built-in amplifier and inspired the Clavioline, Jennings Univox and Hammond Solovox. The sound can be surprisingly realistic when the vibrato and knee lever are used together - organic, sinuous and extremely expressive.

In collaboration with Goldfrapps' Will Gregory and Dan Wilson from Hideaway Studio, Soniccouture extensively restored and modified Ondioline no.599 to be sampled and recreated as a Kontakt instrument. 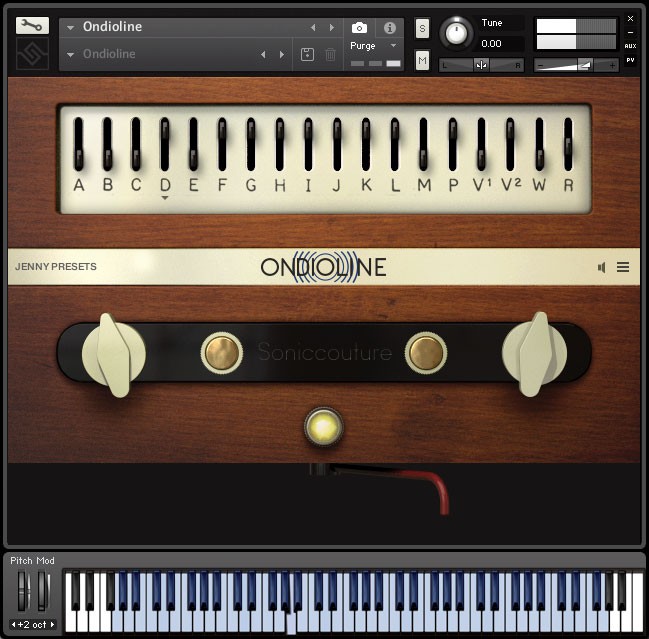 The Ondioline is a minimal synthesiser by todays standards, and Soniccouture have sought to preserve that character in their emulation. No labels are visible until you turn a knob; then they appear.The main switch panel is labelled simply A - R and controls a variety of different oscillator shapes, filters & LFOs. The two large white dials control the level of the two divider circuits - effectively two sub oscillators 1 and 2 octaves below the main. 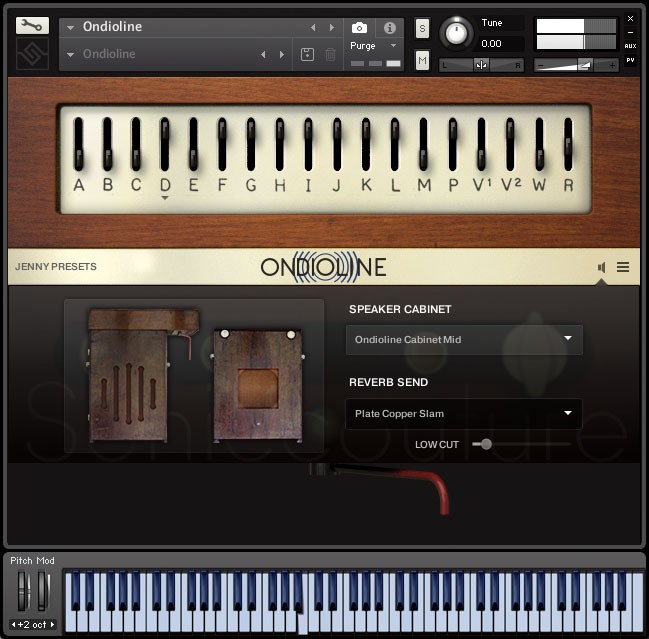 The Speaker setup panel allows you to choose between a selection of speaker cabinet models to play the Ondioline through: CLOSE, MID, FAR or LINE-OUT (a special modification we made to the original unit.) Also included are the Ondes Martenot speaker models form our Ondes product, since they are such a close relation. The reverb send (R slider) can be defined here, from a new selection of vintage plate and spring reverbs. 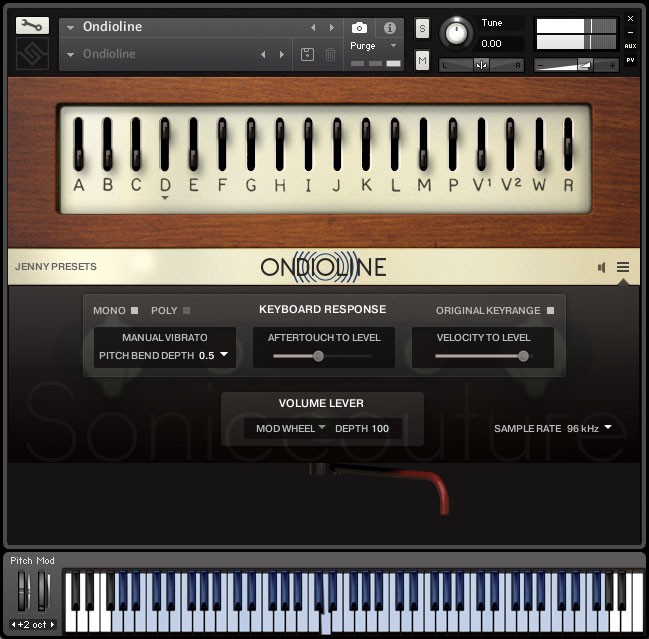 The Setup panel is the place to tweak the live performance setup of the Ondioline. Designed with an NI Kontrol Keyboard in mind, but any MIDI controller will do. The aftertouch and manual vibrato features of the original Ondioline can be accurately replicated with your favourite controller, and the Knee-Lever, assigned to mod-wheel or other control will bring the sound completely to life. 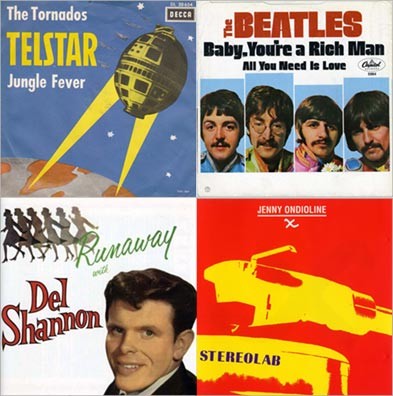 A few legendary recordings feed into the myths and misinformation about these early synth instruments: Del Shannon's "Runaway" (1961), The Tornados' "Telstar" (1962), and The Beatles' "Baby, You're a Rich Man" (1967). In fact, most reliable sources point to all of these records being performed on a Clavioline (although it may be that 'Clavioline' is often used as a generic term for any instrument of this type), said to be a simpler version of the Ondioline - although the model used for ‘Runaway’ was heavily modified by player Max Crook, adding tremolo, vibrato and spring reverb.

One of the most well-known Ondioline records is Stereolabs' 'Jenny Ondioline', which is simply a reference to 'George Jenny Ondioline'. The record itself does not feature the instrument.

Ondioline featured in the soundtrack to Spartacus, Tommy James and the Shondells' 1967 hit "I Think We're Alone Now" and numerous Al Kooper recordings.