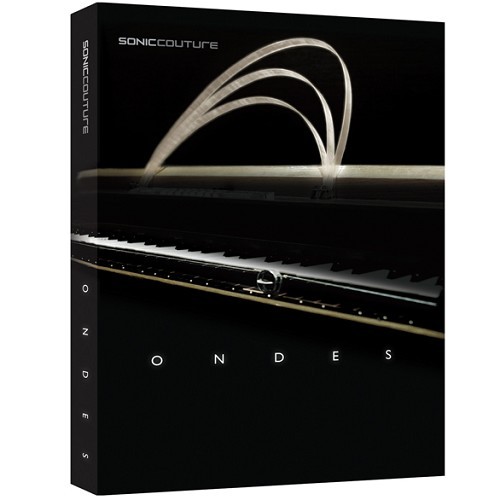 Perhaps one of the most enigmatic musical instruments of all time, The Ondes Martenot ( literally ‘Martenot Waves’) was invented by Maurice Martenot in 1928. The original unreliable tube-based design was refined and later models remained in production until 1988. 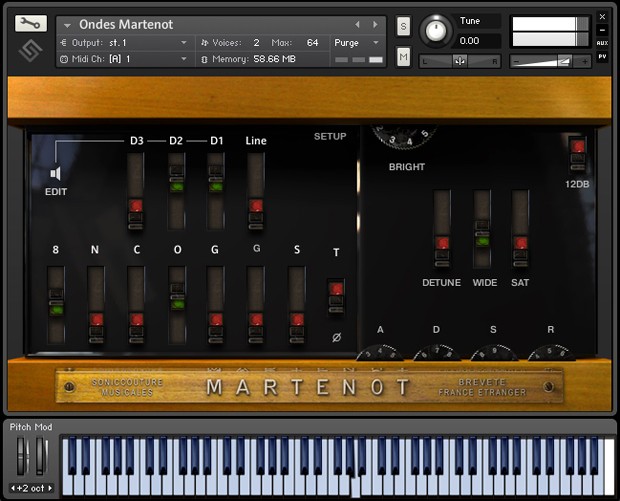 Soniccouture Ondes v2.0 features new interface graphics, but most significantly it now has phase-locked oscillator samples. In the original version of Ondes, blending the different sampled waveforms would result in a slightly phasey sound. Although quite pleasing and fat, this was not strictly realistic. Now it is possible to switch from the original version to a phase-locked sample set, which gives a very authentic single oscillator sound, very like the real Ondes Martenot.

The instrument produces sound using oscillators, as with a conventional analogue synthesiser, but it is the various unusual methods of control which give the instrument its' unique character. 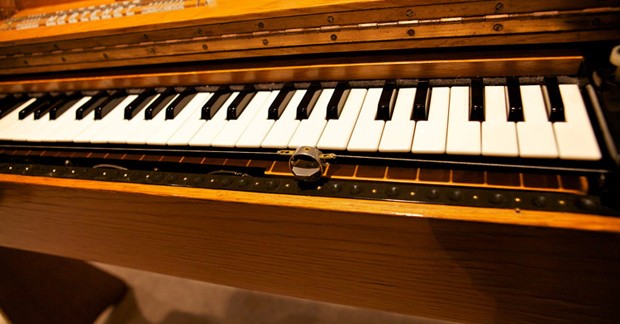 The most famous is the metal ring, which is worn on the finger of the right hand. The ring is not used when the keyboard is being played, like the ribbon controllers we are used to.

When the Ondes is switched to ‘ring mode’ (au ruban), the ring becomes the sole method of determining pitch; a very skillful technique, particularly so when you consider that in order to produce any sound at all, you must simultaneously manipulate the clear, lozenge shaped device, known as the touche d’intensité.. 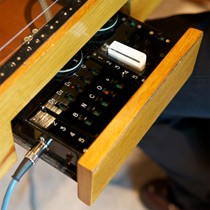 Next to the touche d’intensité are a series of switches and dials which control the oscillators and create the timbre of the note - as well as send levels to the three loudspeakers..

A hugely important aspect of the Ondes Martenot sound are the three loudpeakers (or diffuseurs) which are used to amplify the instrument :

D1 - The main loudspeaker, for straight reproduction of the Ondes sound.
D2 - This speaker has springs stretched across the inside panel, and acts as a reverb unit.
D3 - The strangest speaker of the set, the D3 resembles a cymbal in a wooden cabinet and produces a very metallic ringing sound.

The Soniccouture Ondes uses detailed impulse responses taken from each speaker to faithfully recreate these unique vintage 'processors'. Each speaker can have its own mic position, decay time and send level. There is also a dry  'line out' which bypasses all three. 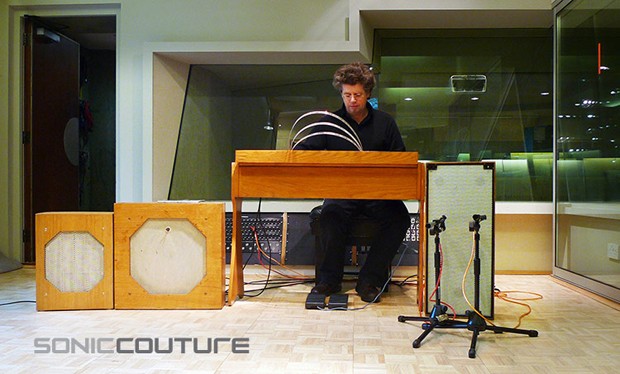 Thomas Bloch is perhaps the most renowned Ondist in the world; when great musicians and producers are inspired by the sound of the Ondes Martenot, it is often him they turn to. Radiohead, Tom Waits and Damon Albarn have all worked with him.