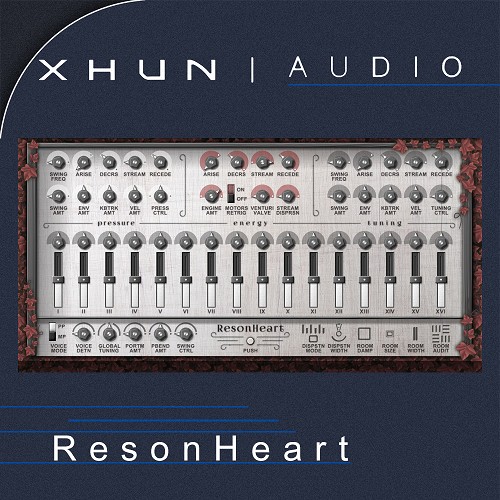 € 79,-
$ 75.00
£ 70.36
hear
Update Required To play the media you will need to either update your browser to a recent version or update your Flash plugin.
Related products
Requirements

ResonHeart is the physical modeling simulation of a never seen before, experimental, aerophone-based acoustic instrument. Characterized by a complex modal-based architecture, this original machine has expressly been built to mimic the sound of different families of acoustic instruments - like winds, membranes, chromatic percussions, ethnic lutes and whistles, glasses, cymbals and crashes, vocal ensembles and choirs, or even an entire orchestral strings section - as well as to produce very unconventional, organic tones, evolving textures and expressive motion pads.

Working on the principles of fluid dynamics and designed to potentially be a real-world replicable machine, every single component inside ResonHeart has been modeled after existing hardware - commercially available devices like air pumps, pneumatic valves and metal resonators. Also the surrounding room acoustics has been carefully modeled, simulating a wide range of spatial environments, from small chambers to big concert halls, to stone-walled cathedrals and beyond. 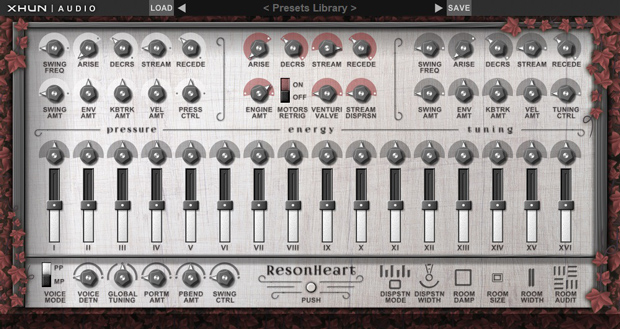