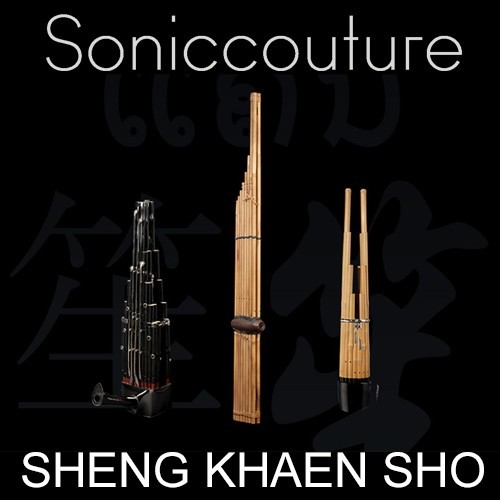 The Chinese Sheng, Laotian Khaen, and Japanese Sho are three very similar instruments with a common ancestor. They have been traditionally made from bamboo, the aluminium of the east, since the 14th century BC. Sound is created by both inhaling and exhaling - as with a western mouth-organ. By controlling his breath the player can keep an almost endless sustained sound, characteristic of Japanese Sho technique, or a quick rhythmic pulsing, typical of Khaen performance.

Chinese Sheng - Dating from the 14th century B.C., the sheng is the most technically developed instrument, with metal keys and a fully chromatic tuning.  Modern Sheng come in various sizes including some very large bass instruments, but for this library we sampled a standard alto instrument with 30 pipes.

Laotian Khaen - The Khaen has the longest pipes in the collection, but is also the most “rustic” of the three and lacks the finesse and sensitivity of the other two. A typical Khaen performance uses breathing to create a quick rhythmic pulsing effect.

Japanese Sho - The Sho is the smallest of the three and has a the highest pitch register. The instrument was introduced to Japan from China in the 8th century AD and became a primary woodwind in the court Gagaku ensembles of the Heian period. There has been a rediscovery of the instrument in modern times with new pieces being written for the instrument by such composers as John Cage, Toru Takemitsu, and Alan Hovhanness. Björk used Sho as a primary instrument in the music to her film Drawing Restraint 9. 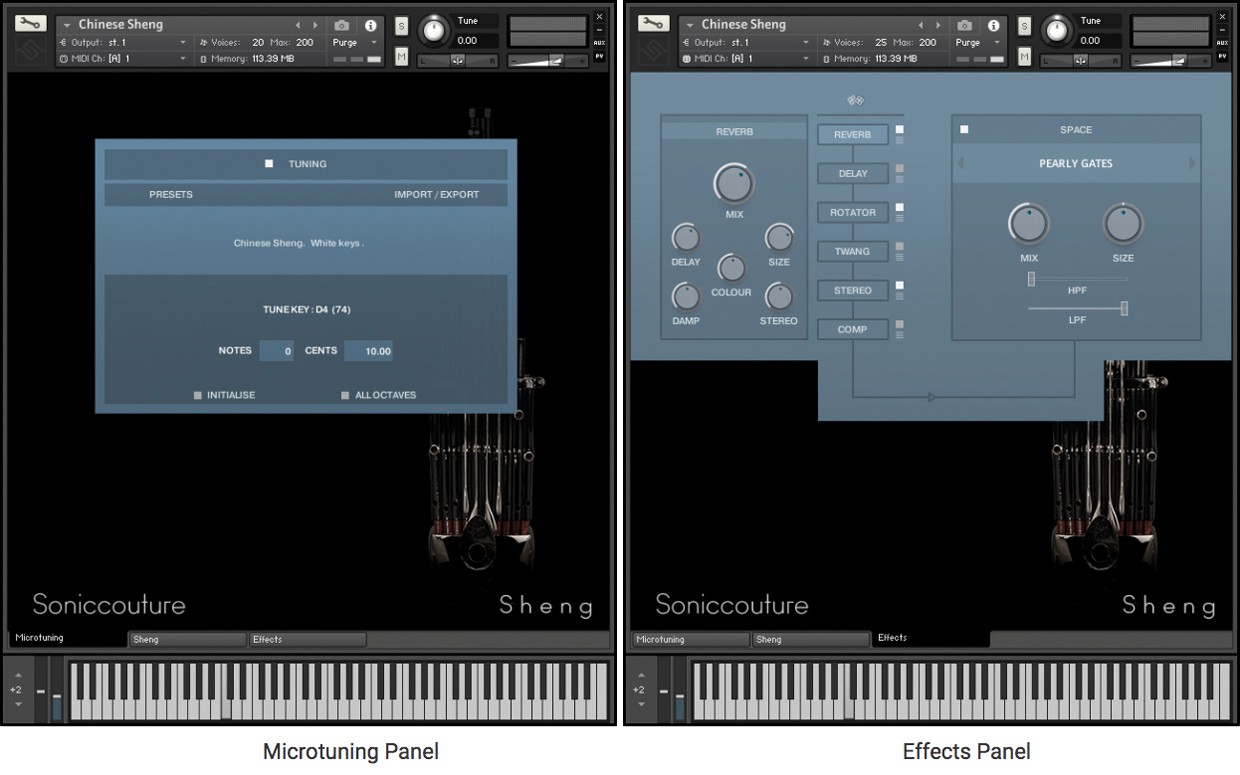 Microtuning Panel - The Tuning panel offers powerful control over scales and individual notes. Choose from over 50 preset scales including pentatonics, African, Chinese & Mesopotamian setups, or create your own unique micro-tuning.

Effects Panel - A completely user configurable FX chain: choose from 16 different effects in 6 insert slots - in any order you like. The Space processor offers everything from straight rooms and halls to ambient convolution effects.

The breathy, sustained timbres of the asian free reed instruments is an interesting palette for sound design. Sculpt with 22 different filters, LFOs and modulation envelopes, not to mention the custom FX section. Sheng Khaen Sho includes 30 sound design snapshot presets as inspiration for your own sonic exploration.