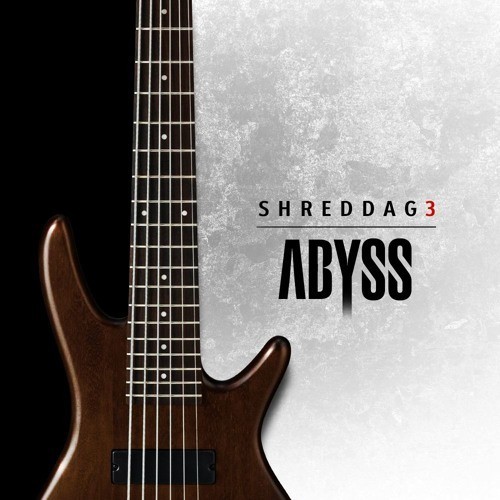 € 92,-
$ 92.00
hear
Update Required To play the media you will need to either update your browser to a recent version or update your Flash plugin.
Related products
Requirements

Shreddage 3 Abyss is the evolution of the custom six-string bass library Shreddage Bass 2, taking the complete set of over 10,000 recordings and placing them in the cutting-edge S3 engine. Featuring the sound of a one-of-a-kind, custom Muckelroy electric bass, Shreddage 3 Abyss is a super versatile instrument that starts at a floor-shaking drop G and extends up four and a half octaves. Now you can enjoy these incredible samples with even better performance playback, strumming, articulation mapping, and tone options!

This instrument was performed by master bassist, composer, and session musician Tony Dickinson, who brought his massive experience and skill to recording the library from both the perspective of a performer and a producer. To capture the most pristine and well-rounded DI tone possible, ISW used a Universal Audio Solo/610 analog tube pre for maximum fatness, punch, and warmth. Each string was recorded in exhaustive detail across every fret at multiple dynamics, with up to 8x round robin (RR) variations per note.

Now, with the included Console FX rack and mixer, you don’t even need external plugins to mix and process the instrument; just choose from dozens of included presets and you’re ready to shred. Every articulation can be mapped or triggered however you want using Total Articulation Control Technology 2.0 (TACT). There are more ways to tweak and play these articulations than ever: dynamic layer and mute level adjustments, per-articulation velocity to volume, Strum Mode, and much more. 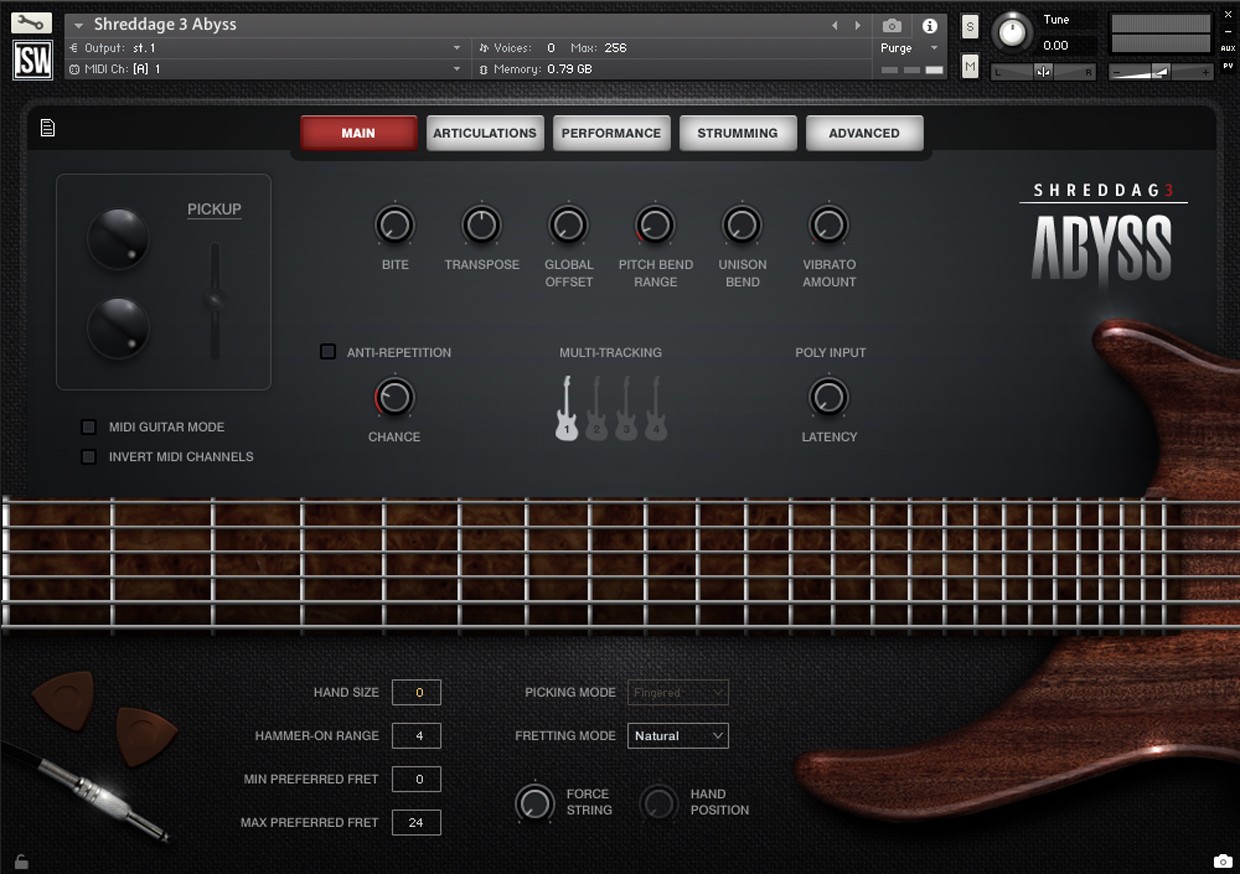 Console is a mixer, modular effects rack, and pedal board, designed to give you full control over your virtual guitar tone. Unlike the previous FX racks, which were limited to a small amount of preset modules, Console gives you 30 effects modules to choose from!

These include multiple EQs (digital and analog-style), compressors, spatial FX, modulation FX, amps, distortion pedals, reverbs, and a selection of over 30 custom cabinet IRs recorded just for Shreddage 3! These cabs cover all the most important sounds you would want, with both dynamic & condenser mics in multiple positions plus a ribbon mic for certain models.

Using Console, you can easily save and load FX chains or presets between projects or even different Shreddage 3 products. It also allows you to mix and blend between guitar pickups, with custom inserts on each if you'd like.

Shreddage 3 Abyss includes an updated version of TACT, allowing you to customize how all articulations are mapped and triggered! Everyone has their own preferences for how to perform or write for virtual guitar, and with TACT you can create the perfect setup for your DAW.