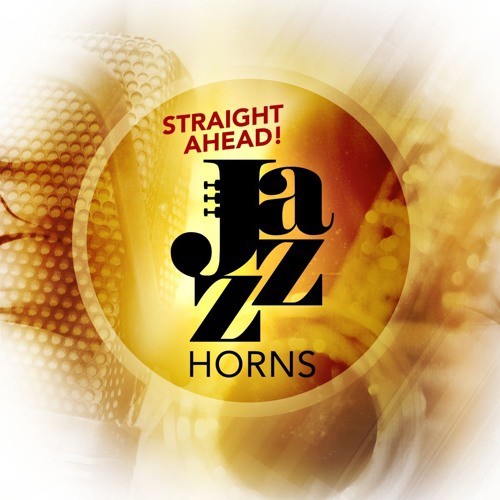 This library is designed to give you all the tools to create realistic solo and ensemble brass band mockups, with thirteen (!!) deeply-sampled instruments and over 75,000 samples total. Everything from the recordings to the performance scripting and multis has been created with authenticity and respect for jazz genres, but the library is equally suitable for big band/swing, pop, R&B, funk, and much more.

SA Jazz Horns was originally released by Straight Ahead Samples, who Impact Soundworks has collaborated with to present this newly revised virtual instrument. Though the sample pool is largely the same as version 1 (with some additional tweaks and clean-up), the script and interface has been totally redone, including the realization of Smart Voicing - described in more detail below. 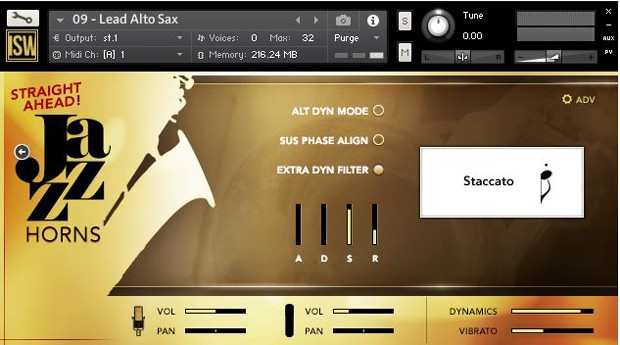 The gamechanging new Smart Voicing Technology makes it incredibly easy to write fully-voiced harmonies and ensemble arrangements with a minimum of effort. Here's how it works in a nutshell:

Now, with each note of the melody, Smart Voicing will create a full harmony based on the chord you play, the melody note, and the full context of the melody you're playing. To do this, we created a database of over 10,000 possible voicings which are also displayed as sheet music notation in real-time! There are multiple voicing types available too, from simple triads to jazzier Close voicings, unisons, and octaves.

With Smart Voicing, you don't need to know how to write intricate jazz parts, or laboriously copy MIDI data across many solo instrument tracks. Just play basic chords and a melody! Keyswitches, velocity and other MIDI CCs also work perfectly, and each solo instrument can use its full set of playing techniques including legato and glissando transitions.

As an added bonus, using Kontakt's "Send MIDI to Outside World" option, you can send Smart Voicing harmonies to other plugins!