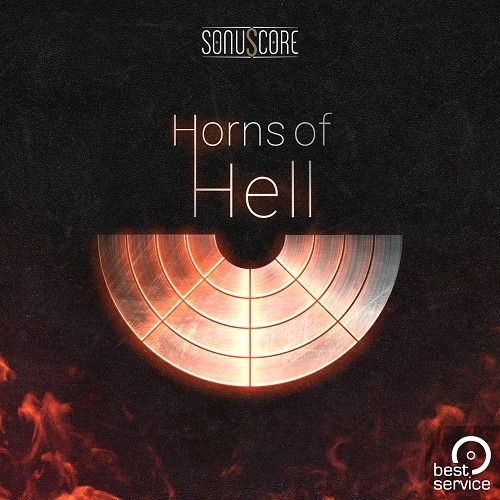 TO - Horns of Hell

€ 149,-
$ 149.00
hear
see
Update Required To play the media you will need to either update your browser to a recent version or update your Flash plugin.
Related products
More Info
Awards
Requirements

Horns of Hell – The Gates Are Open!

Master true brass power. Horns of Hell covers everything from shining brilliance to the ultimate inferno – it’s all on your modwheel! Horns of Hell is a massive brass, organ and percussion library, including a total of 67 varied articulations. It features absolutely unique and earth-shattering sections, like the mighty Tenor Horns or the profoundly diabolic Evil Brass.

Horns of Hell Is Powered By:

Horns of Hell is included in "The Orchestra Complete 2".

Made To Be Felt

Horns of Hell is your tool to express the unspeakable. Air and metal melt into an instrument, containing all facets of emotion: From warm and supporting to majestic and overpowering. From soft and shimmering to immense and brutal. In the extremes of sound, where most instruments perish, Horns of Hell gains power.

Horns of Hell is not just an entire brass, organ and percussion library, it brings unheard articulations to your fingertips. It comes as an entire toolkit to create new and astonishing colors, it will certainly capture your obsession.

A 20-piece brass ensemble split into 6 sections performed a variety of powerful and mind-blowing techniques for Horns of Hell. The vast expression and energy of these new articulations was captured in the classic room of Studio 22 in Budapest. All sections were recorded in their traditional seating position.

Horns of Hell comes with a vast amount of content: 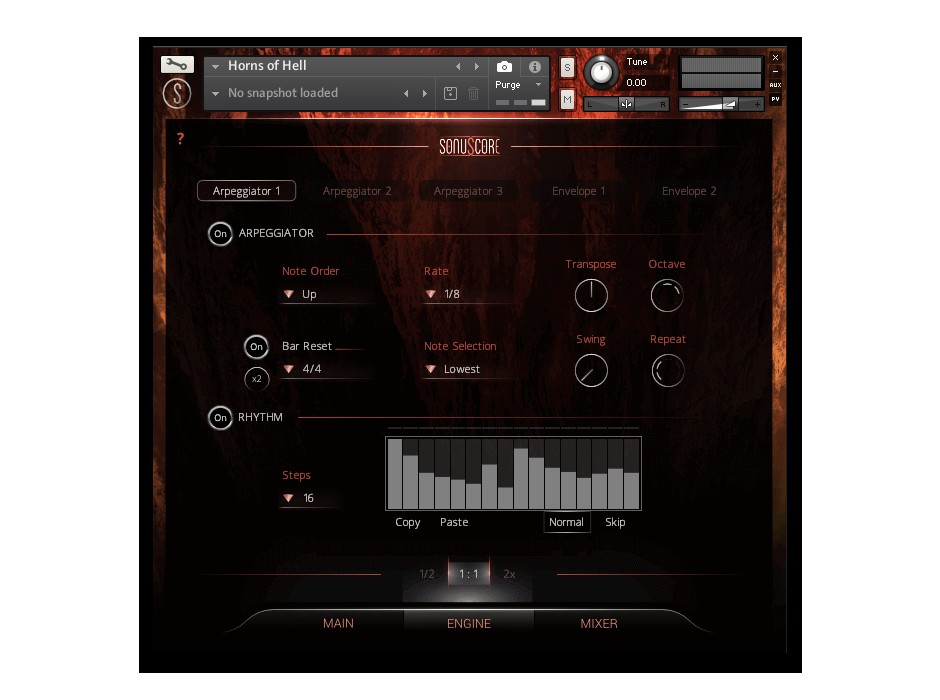 The Core: The Ensemble Engine

Horns of Hell comes with a reworked Engine version of the critically acclaimed instrument The Orchestra, introducing the revised preset browser. Explore the massive selection of presets now using intuitive filters and categories.

This engine works through a number of independent arpeggiators and velocity envelopes, heavily inspired by the Sonuscore Origins-Series. Create pulsating rhythms and even inspiring full arrangements from any combination of notes. All of this without relying on prerecorded phrases – you have the full control. It will work, no matter what chord or note you play. With minimum loading times, a vast amount of presets provides you with full ensemble colors right out of the box.

Sonuscore fully integrated all drums and hits into the Engine, which enables completely new and intense arrangements.

Horns of Hell was developed for Best Service by Sonuscore / Dynamedion, the makers of The Orchestra, ELYSION, Trinity Drums as well as NI Action Strings, Action Strikes and Emotive Strings. 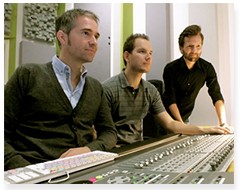 Dynamedion was founded in 2000 by Tilman Sillescu and Pierre Langer, two composers with university degrees in music. With a steadily increasing number of contracts and growing customer base it has since become a leader in soundtrack composition and sound design on the European computer game market. In 2005 Dynamedion produced highly successful, first benchmark live orchestra recordings for a German game soundtrack, setting the standard for large-scale projects in the industry. With numerous further productions for the video game industry, Dynamedion has earned itself a reputation for unsurpassed quality and integrity in this area.

TO - Product Comparision
TO - Horns Of Hell Manual