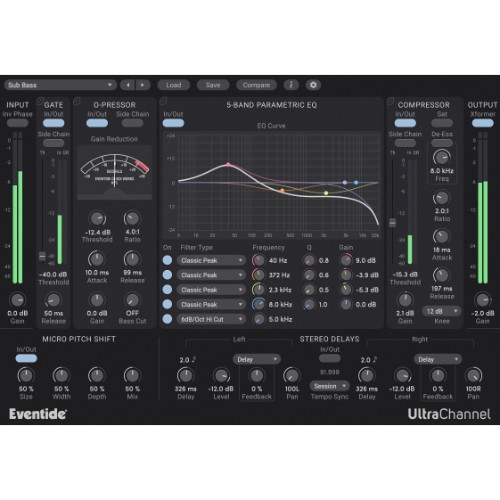 UltraChannel features a pair of dynamics processors: the O-Pressor, capable of extreme compression (this is the compressor section of the Omnipressor) and a conventional compressor with de-essing and side-chain capability.

UltraChannel includes a variety of factory presets tailored to signal sources such as guitar, bass, kick drum, snare, piano, strings, synths and vocals. A number of the presets were created by Eventide artists.