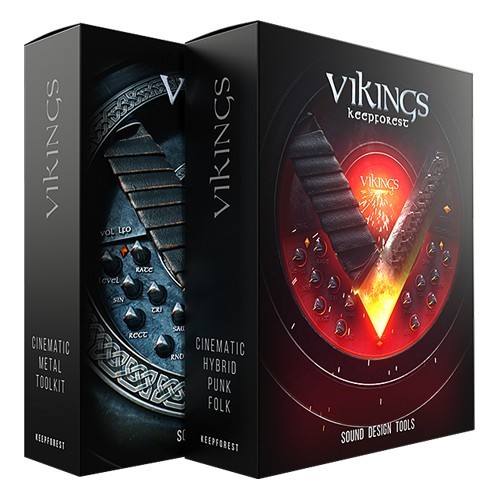 The Sound of the Vikings Age

The Vikings Series is inspired by the Scandinavian world and mythology, which has always played an important role in todays movie industry. The specific Vikings-vibe can be heard for example in Guy Ritchie’s masterpiece King Arthur or in the extremely successful Game of Thrones television series.

Having a clear vision in their minds, the team behind KeepForest started the recording process of Vikings in January, 2017. With the participation of professional musicians, sound designers and sound engineers they recorded strings, percussions, guitars, basses and literally played and experimented in the world of sounds, creating the library’s uniqueness and signature.

The Vikings Bundle consits of:

Requires the Full version of Kontakt 5.6.8 (not compatible with free Kontakt player)