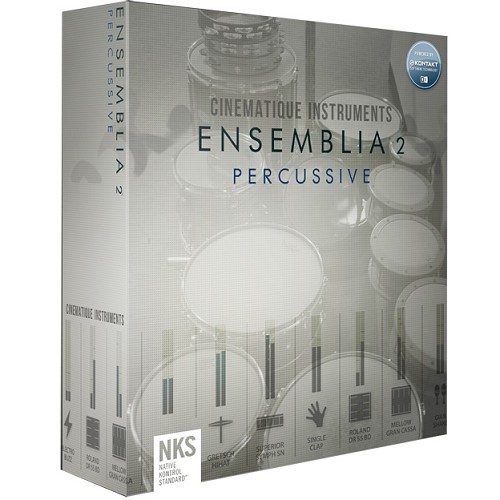 Generally ENSEMBLIA is the sound of a modern chamber orchestra that lets you easily write organic and truly natural music. A selected range of classical instruments combined with a fine mix of unique sounds such as electronical, domestic or popular sounds are ready for your music.

Ensemblia was built to easily create beautiful polyphonic music and rhythmic arrangements. CI didnt record phrases, a powerful arranger will do it. Ensemblia can layer up to 7 instruments at the same time and gives you a quick access to a broad range of timbres and tone colors.

Ensemblia 2 was mainly rebuilt from scratch – CI has written a complete new script with new features but also have included some parts of the old scripts such as the voicing engine. CI like to start to unveil the Ensemblia2 concept with the release of a percussion flavor called PERCUSSIVE, followed by an exclusive and unique expansion pack providing sounds from a exclusive metallic kitchen in the next weeks.

The main parts of the instruments were recorded in Brisbane/ Australia with Australia´s finest percussionist, Michael Askill. He is an icon of Australian music, known and admired for his enduring contribution to the Australian contemporary music landscape and his original blending of Asian and Western sounds.

While recording the instruments we set our focus on a close and intimate sound - we waived recording in a crazy hall acoustic. This is what you can add afterwards :) You find the the full instruments list in the manual.