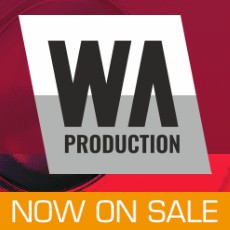 Save up to 80% on user-friendly & intuitive plugins - perfectly suited for all kinds of electronic music! 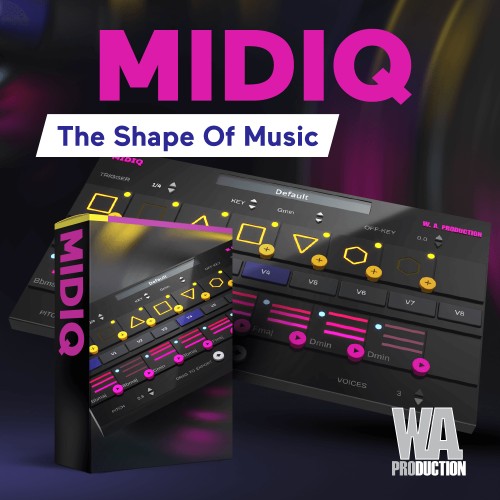 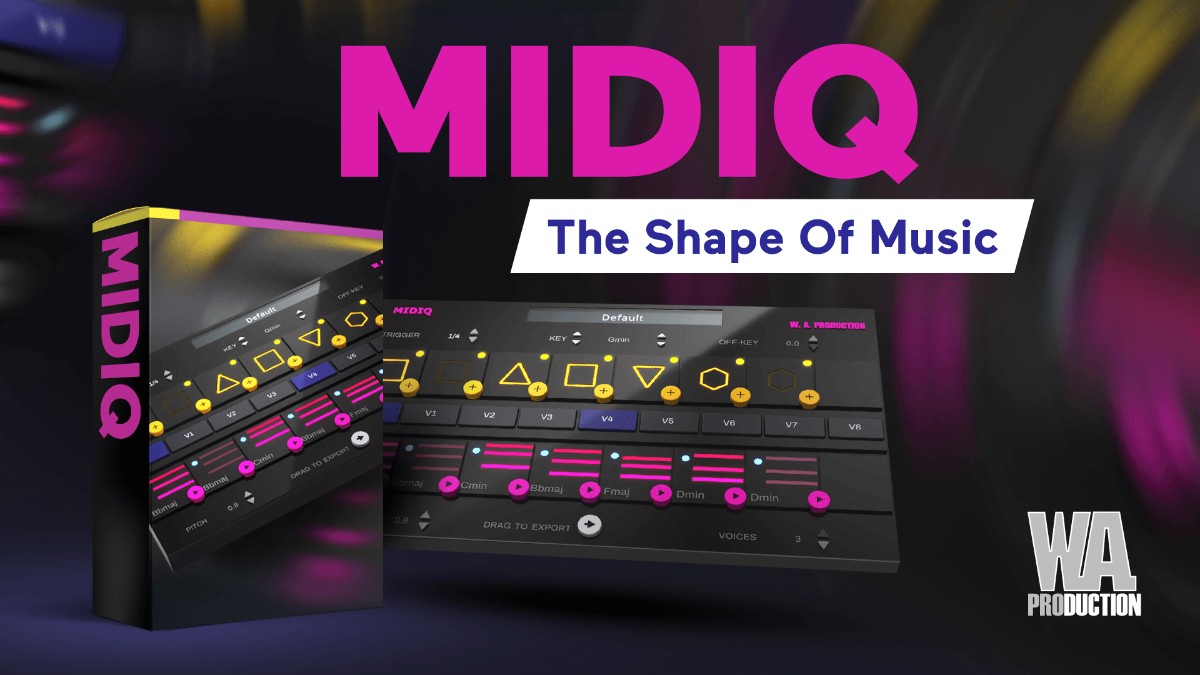 The Shape of Music

Sometimes we sit down in the studio and we’re just fresh out of ideas. That’s when we reach for MIDIQ to kickstart concepts for chord sequences, harmonies and bass lines. MIDIQ is an innovative MIDI sequence generator for both studio and live applications, featuring a unique and highly interactive user interface.

Generating near-limitless chord sequence possibilities, MIDIQ uses a simple pattern language for the definition of repeating chords. The layout resembles a slot machine so the interface is very visual. In fact, you don’t need any knowledge of music theory to get some great results from MIDIQ.

Whenever you add or change a pattern symbol, the algorithm generates a chord for this position and also creates a set of eight alternative chord sequences for the current pattern of symbols. A click on one of the chord boxes is enough to switch to a new variant. Truly inspiring stuff.

Preset data is automatically saved in DAW sessions and can be exported for import into other sessions. Equally, copy-and-paste, drag-and-drop and drag-to-host functionalities are all included for ultimate flexibility.

It doesn't stop there... experiment with feeding a chord progression into an arpeggiator, running several plugin instances in parallel, generating polyrhythmic patterns and finding interesting chord progressions between two or more chords. 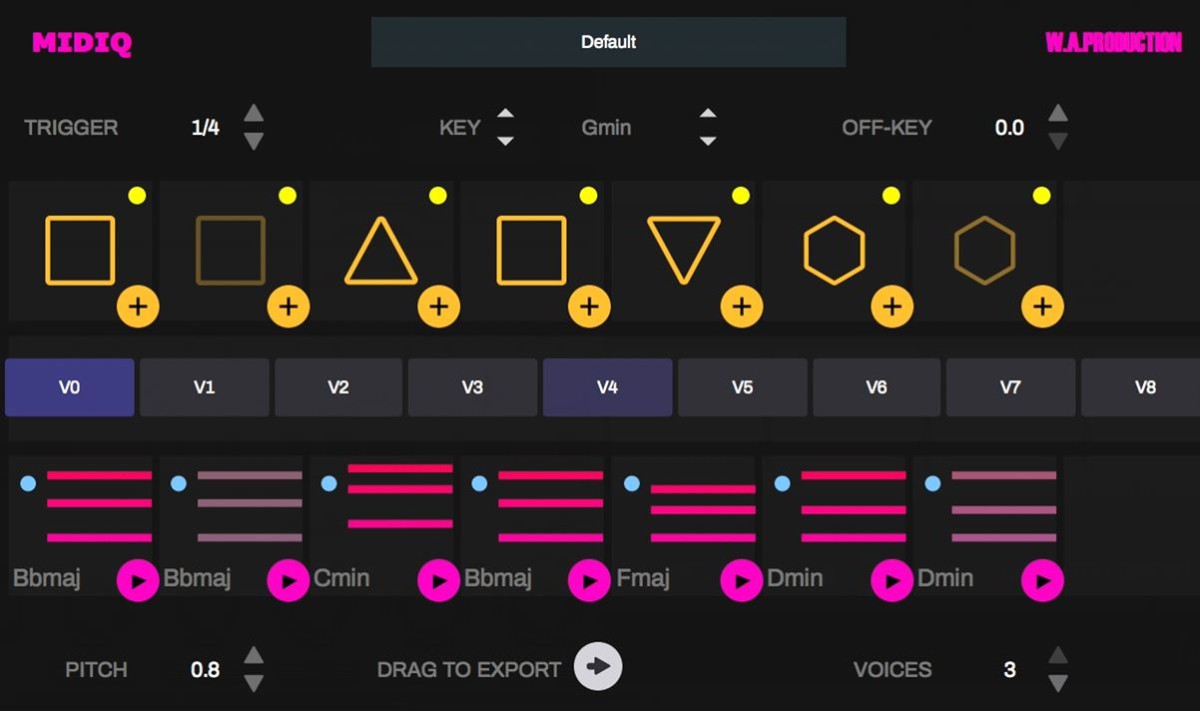 MIDIQ runs in any DAW with MIDI routing support. Place the plug-in on the generator track or use multiple instances of the plug-in assigned to different tracks (e.g. to layer the output for creation of very unusual, highly polyphonic progressions or to generate polyrhythmic loops). Use the copy-and-paste functionality to copy parameters from one plug-in to another. Preset data is automatically saved in DAW sessions, so nothing gets lost. A simplified piano roll display shows the generated chord sequence. Chords from the piano roll can be dragged to the host sequencer.

Click on a chord to manually change the chord symbols as desired. Whenever you specify a chord, the corresponding pattern element is replaced by a lock symbol, and the music intelligence algorithms create a new, matching chord progression. By clicking on the unlock button, the pattern element returns to its previous state.

Hit "Play" just as you do in a DAW. The chord sequence is played back in a loop, and the current loop position is displayed by yellow and blue boxes around the pattern and chord symbols, respectively. Click on one of the chord boxes to explore alternative chord sequences for the current pattern of symbols. The new variant of the sequence will be played back with the next loop onset and the time until the next onset is displayed by a yellow countdown bar. Click on the button again to restore the main sequence.