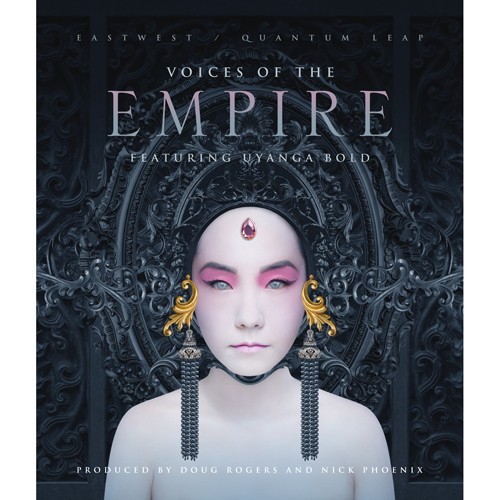 QL Voices Of The Empire 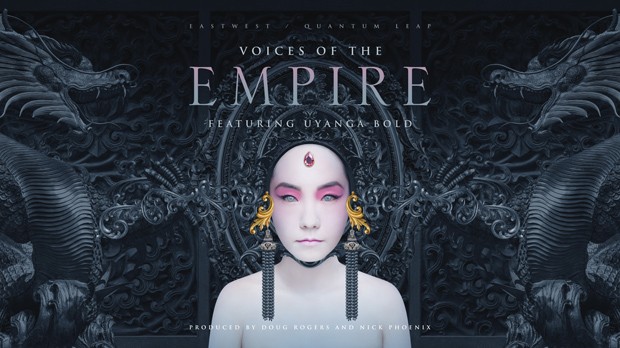 EastWest/Quantum Leap present VOICES OF THE EMPIRE, a brand-new product perfect for epic film/TV/game soundtracks. Featuring the raw, primal vocals of Uyanga Bold, VOICES OF THE EMPIRE will make the perfect companion product to the newly-released blockbuster HOLLYWOOD CHOIRS.

Uyanga Bold is a unique talent, melding the ethnic musical traditions of Bulgaria, Serbia, Mongolia, and beyond. She is a trained opera singer with perfect pitch, fluent in Russian, Mongolian, French, English, and German. It’s East meets West like you’ve never heard before. Her voice is beautiful, pure, otherworldly, haunting, unsettling, powerful, genuine in its ethnic flair and world class in its precision.

Uyanga Bold has taken the world by storm since she appeared on the scene, recently touring with Hans Zimmer with his live performances of the score from The Dark Knight. Forbes Magazine wrote “her voice harkens back to ancient civilizations” and she has been nominated as “Female Singer of the Year”. She has appeared internationally on television, radio, and in live performances, reaching over 25 million views across all platforms.

Features of VOICES OF THE EMPIRE include: 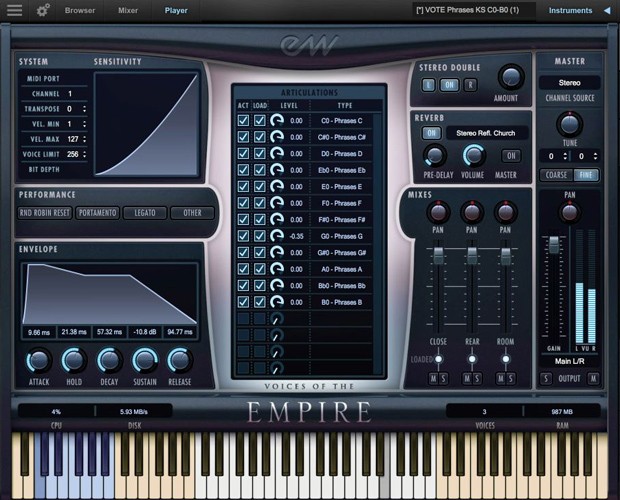 VOICES OF THE EMPIRE features 84 instruments across a variety of categories, including:

VOICES OF THE EMPIRE will be a must-have virtual instrument for composers and musicians looking for that haunting cinematic vocal sound for their next project.