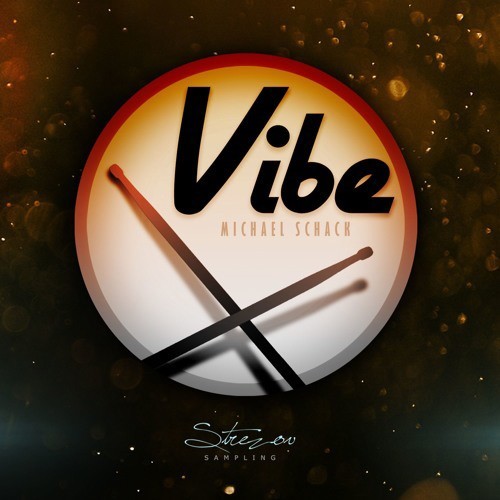 Being in active developement for more than 8 months, VIBE is a library that heads into new territories for Strezov Sampling. VIBE is special because it was recorded in the wonderful acoustics of SOFIA SESSION STUDIO (large hall acoustics) by engineer Plamen Penchev and features the wonderful performances of drummer extraordinaire MICHAEL SCHACK.

VIBE has deeply sampled one-shot samples as well as 145 performances, recorded in 13 “genres” in multiple variations (called “vibes”). The library features the X3M engine first introduced with Thunder X3M, giving you the options to load different groves into different zones of the keyboard, as well as the option to customize the sounds.

The library is comprised of two drumsets – one ordinary DRUMKIT and one TRASHKIT. 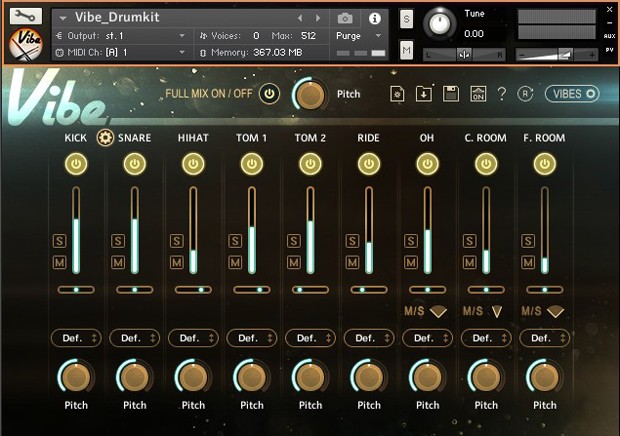 The concept behind the this engine is fairly simple – the keyboard range is divided into zones that you are able to assign different sounds to. After making the template of your choosing just plug in and play – nothing else needed! VIBE uses this concept to allow flexible groove mapping across the keyboard range. Build your own instrument the way you like it!

In addition to that the engine also allows you to tweak individual zones, as well as the whole mapped ensemble patch with various effects and mic positions. Combining these with the natural and organic recordings you have maximum flexibility when it comes to sound.

Once you load up the Drumkit or Trashkit patch you automatically load all microphone samples inside the “Samples” directory. However, the instrument is built in such a way that it actually keeps all samples purged, unless you deactivate the full mix within the GUI. This means that not only you have a single patch with all options you might need, but it is also optimized and doesn't hurt your RAM ressources in any way! 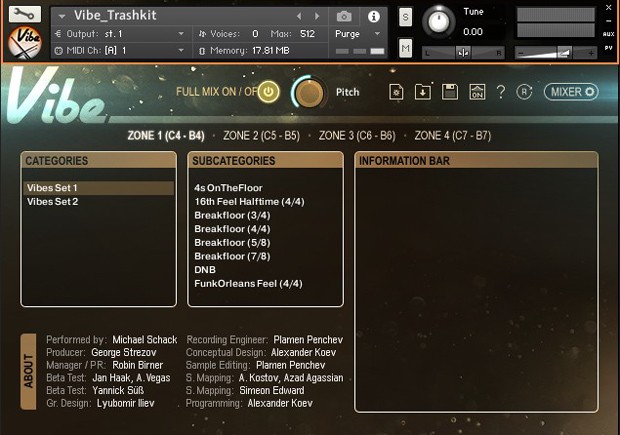