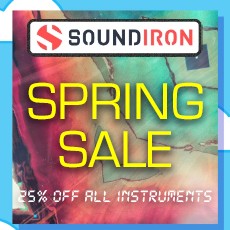 Soundiron - Spring Sale - 25% Off all Instruments, Bundles and Collections! 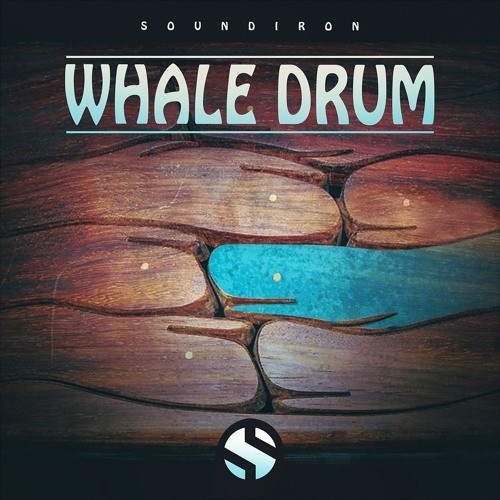 € 29,25
$ 29.25
hear
Update Required To play the media you will need to either update your browser to a recent version or update your Flash plugin.
Related products
Requirements

A modern incarnation one of the world’s oldest known instruments:

The Whale Drum is a modern example of one of the world’s oldest known instrument families: the tongue or slit drum. These progenitors of the “idiophone” family were originally developed in Africa thousands of years ago. They were originally carved from hollow logs or wooden blocks and struck to produce percussive musical tones. It is one of the few instruments considered to possibly predate language itself. Over the ages, slit drums have been substantially refined to allow more accurate intonation and wider key ranges. Soundiron selected the whaledrum for its marimba-like warmth, dreamy tone, gentle softly-rounded attack and subtly undulating decay. The lower notes have an especially deep richness to them. 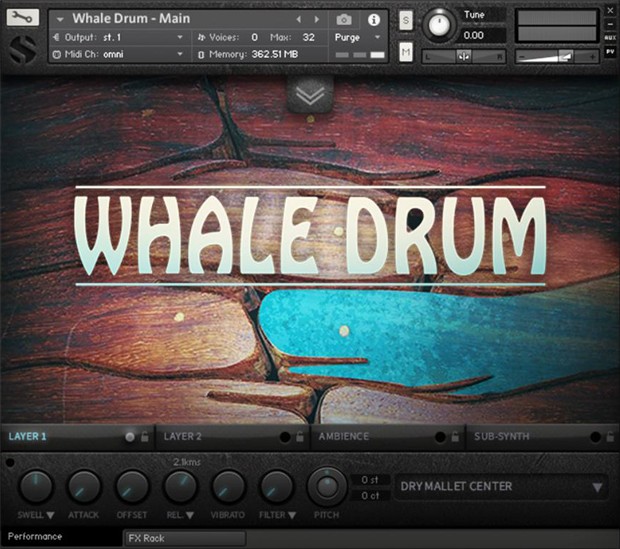 The 14” 8-tongued vermilion tongue drum was recorded in a dry studio environment with mallets, wooden sticks and brushes. Each mallet struck note was recorded at both tongue center and edge positions, with an average of 10 dynamic velocity layers and 10 round-robin variations per note. The stick and brush articulations were played over various edges and surfaces around the drum. In the second session, the instrument was recorded in a large reverberant tile and stone hall from a slight distance with mallets and sticks. This “wet” hall sound is ideal for orchestral arrangements and more atmospheric songwriting.

As a bonus, this library contains a smaller 3-note slit drum and a wooden toy xylophone. There is also a great bonus selection of delicate atmospheric pads and evolving ambiences sculpted from the original acoustic source material. All of these articulations and sound sets offer independent articulation layering, blending and switching right at your fingertips. 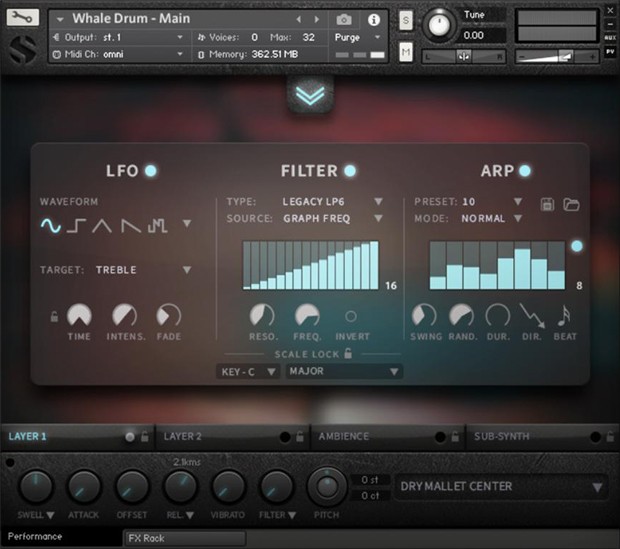 This library requires the full version of Native Instruments' Kontakt 5.5 or later.